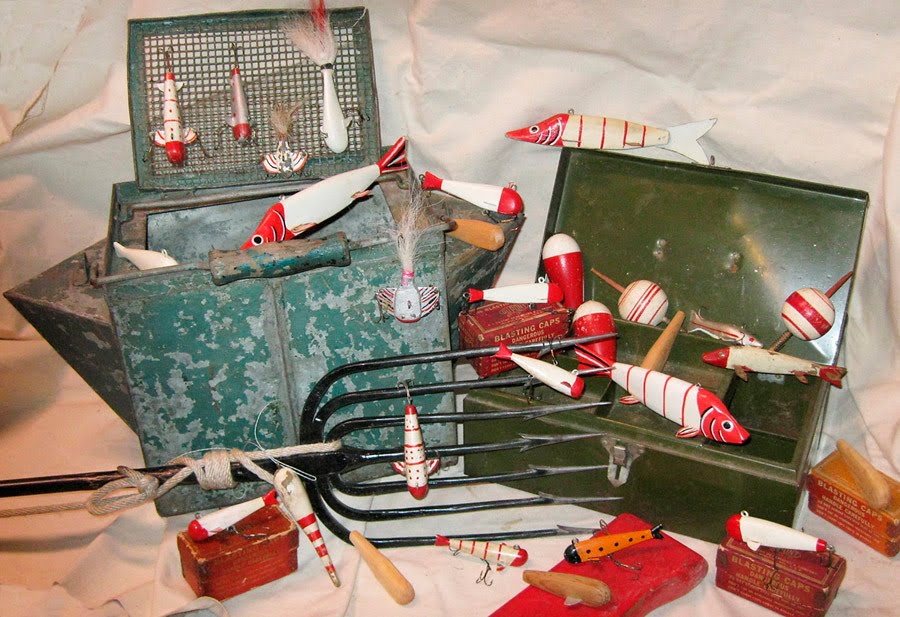 The differences between John Novak and Frank Mizera Trout Jigs

Airplane lures from Ely, Minnesota were used as fish decoys, sometimes called "cheaters" because they had hooks.  Many times these smaller decoys were designed to be used as Trout Jigs to fish for Lake Trout through the ice.  The flutter and stutter, in swooping arcs, in the water to mimic wounded bait fish that the Lake Trout stun with their tails as they hunt after slapping them... The trout circle back to snap up the wounded bait.  If they bite the cheater decoy/trout jig they are hooked and you've got dinner!

Airplane jigs come in all shapes and sizes, wood and metal.  Two of the coolest carvers from Ely, Minnesota were Johnny Novak and Frank Mizera.

Here are some pictures of Frank Mizera and John Novak Trout jigs.  Normally Mizera made fins that were not completely rounded on their edges.  His tended to have an angle cut to them.  Novak's were usually rounded until they began to get larger around the normal decoy size and then they seem to have an angular shape as well.  Mizera cut a rounded elliptical hole for his lead.  Novak usually did squared holes for the lead in the bottom.  Novak seemed to experiment with a wide variety of colors and paint styles including some examples with foil. 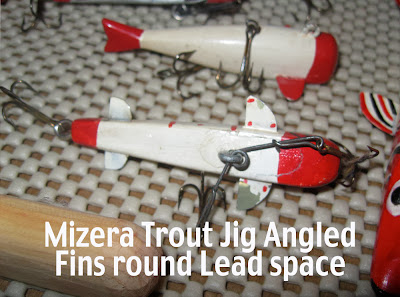 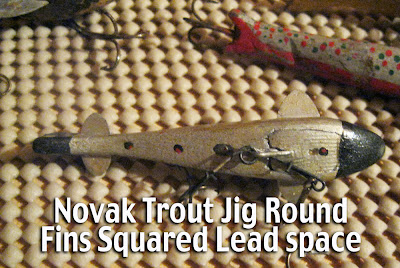 Got anything that looks like the photo above? I'm buying!

What's this all about?

I don't know what to project onto this space, because that's not how creativity sneaks out of you... it takes time and comes on its own. I like folk art lures and decoys. I've been in the antique business since I was a kid, when I opened our first shop in rural Illinois with my parents. At ten I sold my first piece, a heavy old stove I bought at an auction for 3 bucks while my dad wasn't watching. :) It sold for $30 and I was hooked. Speaking of hooked, the love for antiques and history led me eventually to collect and then to create. Sometimes people like to share their fondness for this kind of thing. So... reader beware... fishing decoys is what you're in for. 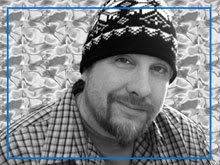